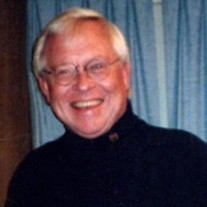 RICHMOND, Ind. – Terry B. Padgett, age 72, of Richmond, Indiana, died Monday, February 14, 2022, at University of Cincinnati Medical Center in Ohio. Born February 9, 1950, in Bedford, Indiana, to Harold Edward and Irene Mae Sowders Padgett, Terry grew up in Switz City, Indiana. Afterwards, he lived in Greene County, Indiana, and Terre Haute, Indiana, before moving to Richmond in 1990. Terry was a 1968 graduate of Central High School in Switz City and attended Indiana University and Purdue University. He worked as a lineman at Peabody Energy from 1972 to 1980. Following this, Terry and his wife at the time, Mary Sparks Padgett, owned Padgett’s Pizza in Linton, Indiana, for five years. From 1982 to 1996, he was a Farm Bureau Insurance agent. Finally, Terry became the owner of Mercurio’s Pizza in Richmond from 1996 to 2016. He was a former member of the Richmond Elks Lodge & Country Club, Switz City Lodge No. 676, F. & A.M. and Indianapolis Valley of Scottish Rite, and American Legion Harry Ray Post #65. Survivors include his daughter, Erica (Jeff) Lane of Eaton, Ohio; granddaughter, Hayley Lane; brother-in-law, Randy Sperling of Switz City; two aunts; uncle; two nieces; nephew; cousins; and many friends, including his special friend, Mary Sparks Padgett of Eaton. He was preceded in death by his parents and sister, Lana Sperling. There will be no public services for Terry B. Padgett. Burial will be in Fairview Cemetery in Linton, Indiana. Arrangements are being handled by Doan & Mills Funeral Home, 790 National Road West, Richmond. Condolences may be sent to the family via the guest book at www.doanmillsfuneralhome.com.

The family of Terry B. Padgett created this Life Tributes page to make it easy to share your memories.