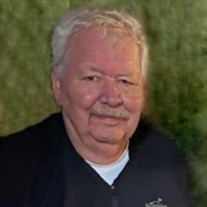 Helmut Franz Heepe, age 80, of Richmond, Indiana, died peacefully at his home Saturday, June 11, 2022, surrounded by family. Franz, as known by friends and family, because they couldn’t pronounce Helmut, was born in Dusseldorf, Germany, on June 29, 1941, to Wilhelm and Walburga Brechman Heepe. Times were challenging in Germany during his childhood and the Second World War and the times that followed. He came to America in 1961, on the Queen Mary with a family he met while studying English in England. He often told the story about landing on Ellis Island. He lived in Palm Beach, Florida, until he was asked to drive someone to Richmond, Indiana, and he made Richmond his home. He became a hairdresser and opened Mr. Franz Salon of Beauty on South 10th Street, living in an apartment at the back of the shop until he purchased land south of town. He became a United States citizen on January 28, 1969, and has proudly displayed the American flag since that day. Beginning in 1974, after working all day in the salon, he spent the evenings and Sundays building a home and developing the property that now has two ponds, a creek, two barns, a horse-riding arena, pastures, and abundant wildlife. This property has always been something in which Franz took great pride. He was very proud that the grounds were on the Richmond Art Museum Secret Garden Tour twice. Even while at home on hospice, he would sit up in bed and look outside at the hummingbirds, finches, Baltimore Orioles, deer, bunnies, and of course the flowers and with a big smile on his face would say, “I just love it here.” One day while sitting in his chair, his great friend and customer, Dr. Carolyn Blakey asked him if he thought there was room in Richmond for a second animal shelter. They immediately started the process of starting one, and soon the man who was scared of heights was crawling on the roof of a building that was for sale and HELP the Animals was born. He was not an avid traveler, but thoroughly enjoyed the annual trips to Edisto Island, South Carolina, with the now deceased friends Barbara and Gary Lowmaster, and he could not see or read enough about the Galapagos Islands after his 2002 trip there. Franz was beyond blessed in his final weeks choosing his own terms in which he would exit this world and enter life eternal. Daily, he would have visitors of friends and family, and he kept a deck of cards and scorepad handy and would challenge all to a game of gin. All who knew Franz were keenly aware of his love of cards, family, and friends, not necessarily in that order. He is survived by his wife, Patricia Rybolt Heepe; daughter, Sacha Lynn Heepe (Ty) Brown of Rossville, Indiana; grandchildren, Hannah, Jayden, Landon, and Lauren Brown; sister, Monica (Klaus) Woolny of Shortens, Germany; cousins, Drs. Irmgard and Wilhelm Osing; second cousins, Drs. Stefan (Anne) Osing and Christoph (Miriam) Osing, from Dusseldorf, Germany; stepson, Ian (Angela) Wright; stepdaughter, Jennifer (Jerry) Claypoole; stepgrandchildren, Drew and Sydney Wright and Olivia and Ella Claypoole, all of Richmond and Centerville; and Auggie Doggie and Just Jack. Also left behind are his long-time friend, Mike Maines; helper and friend, Luke Smith; and all his card playing buddies at the Elks. He was preceded in death by his parents; brother, Klaus Heepe; and sister, Marlies Kampkin. Visitation for Helmut Franz Heepe will be from 10:00 a.m. to 1:00 p.m. Saturday, June 18, 2022, at Doan & Mills Funeral Home, 790 National Road West, Richmond. Funeral service will follow at 1:00 p.m. Saturday, June 18, 2022, at Doan & Mills Funeral Home. Burial will follow at Elkhorn Cemetery. Memorial contributions may be made to: Help the Animals, Inc., P.O. Box 117, Richmond, IN 47374 or Operation Smile, 3641 Faculty Boulevard, Virginia Beach, VA 23453. Condolences may be sent to the family via the guest book at www.doanmillsfuneralhome.com.

The family of Helmut Franz Heepe created this Life Tributes page to make it easy to share your memories.