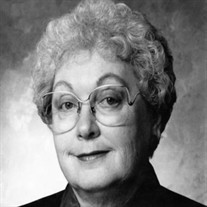 RICHMOND, Ind. – Eleanor Louise Turk, age 85, of Richmond, Indiana, died Sunday, July 18, 2021, at her home surrounded by her family. Born September 9, 1935, in Charlottesville, Virginia, to Alan and Louise Goodman Fort, Eleanor lived in Richmond most of her life. She received her undergraduate degree from Ohio Wesleyan University in 1957; went to Kiel, Germany, as a recipient of the prestigious Fulbright Scholarship from 1957-58; and earned a master’s degree from the University of Illinois in 1970 and a Ph.D. from the University of Wisconsin in 1975. Eleanor served as the Assistant Dean of Arts and Science at the University of Kansas from 1975-78, Assistant Dean of Humanities and Science at Ithaca College from 1978-83, Associate Professor and Chairperson of Humanities and Science at IU East from 1983-87, and Associate Vice Chancellor at IU East from 1983-2003, before retiring. In honor of her retirement, the Eleanor L. Turk International Studies Scholarship Endowment was established on May 6, 2003, by IU East. Eleanor was appointed to serve on the Board of Directors, Indiana University Institute for Advanced Study from 1991-93 and received the Indiana University John W. Ryan Award for Distinguished Contributions to International Programs and Studies in 1995. She was the author of two books and 40 articles and had been a presenter at almost 70 conferences and invited lectures in both the United States and abroad. Eleanor also authored numerous research grants, served as a reviewer on the Council for International Exchange of Scholars and National Endowment for the Humanities proposals, was a consultant for the North Central Association of Colleges and Universities Consultant-Evaluator Corps from November 1995-2004, and was a member of the President’s Council for International Programs from 1985-2003. She was also very active in her community, including being a founding member of the board and first president of Sister Cities of Richmond, Indiana, Inc. (sister city, Serpukhov, Russia) from 1987-90 and a board member from 1990-92 and 1995-97. During this time, Richmond won the 1989 Best Overall Program Award and the Governor of Indiana’s Award for International Relations. Eleanor received the Richmond YMCA Community Leadership Award: Peace and Justice in April 1989, as well. Most recently, she was the recipient of the Indiana University Bicentennial Medal for her exemplary study abroad, leadership, and distinguished contributions to international education. Eleanor enjoyed traveling around the world, including visiting 104 countries, every major ocean, and all major rivers on every major continent. She was an accomplished photographer. Survivors include her son, Andrew Turk of Oakland, California; brother, Frederick Fort of Wilton, Connecticut; nieces, Elizabeth and Margaret; and many colleagues, students, and friends. She was preceded in death by her parents; brother, Alan Fort Jr.; and sister-in-law, Gisela Fort. IU East will host a Celebration of Life event for Eleanor Louise Turk at 2:00 p.m. Thursday, September 2, 2021, at Vivian Auditorium on the campus of IU East, 2325 Chester Boulevard, Richmond. Arrangements are being handled by Doan & Mills Funeral Home, 790 National Road West, Richmond. Memorial contributions may be made to: Eleanor L. Turk International Studies Scholarship, c/o IU East Office of Gift Development, 2325 Chester Boulevard, Richmond, IN 47374 or online at http://www.myiu.org/give-now. Remembrances and condolences may be sent to the family via the guest book at www.doanmillsfuneralhome.com or http://www.iue.edu/tribute/.

The family of Eleanor Louise Turk created this Life Tributes page to make it easy to share your memories.