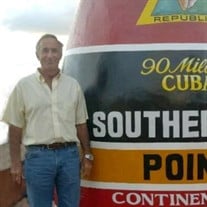 RICHMOND, Ind. – David Kevin Cheesman, age 67, of Richmond, Indiana, passed away Sunday, March 14, 2021, at Reid Health after a brief illness. David was born October 31, 1953, in Elkhart, Indiana, to John and Frances Bruno Cheesman. He enjoyed a wonderful childhood with his loving parents and had many great family memories from his childhood through his parents’ retirement and into their old age. David graduated from Northeastern High School in Fountain City, Indiana. He spent the vast majority of his life working in the bridge construction field in East Central Indiana. David began his career working for his father’s construction company, Cheesman Brothers, Inc., for 12 years, before working as an assistant engineer for Wayne County, retiring after nearly 25 years. He then worked as the general manager at Hoosier Pride Excavating, Inc., until he retired in 2017. Mr. Cheesman is survived by his daughter, Cindy (Aaron) Reiter and their son, Tanner Killion, all of whom he was very, very proud. He also leaves behind his brother, Michael (Joyce) Tate, who he deeply respected and admired. Mike was a great friend, example, and hero figure to him. Other survivors include his nieces and nephews; great-nieces and great-nephews; and aunts, uncles, and cousins all around the country. Mr. Cheesman would like to extend his deepest thanks and gratitude to the following close friends: Greg and Angie Karch, the most wonderful friends through the years and the greatest of neighbors; Gundega Blums and Ingrid Blums, wonderful people and great people to chat with; Melodie Carr, a wonderful friend to spend time with, work with, and learn from; Jayne Zimmer, a wonderful person and a great friend, who was an excellent companion/tour guide in Florida; Dick Jackson, former county engineer, who was a natural genius in civil engineering and a great boss and friend; Ron Brown of Hoosier Pride Excavating, Inc., another great boss, a near genius in bridge construction, and a good friend always with an amazing sense of humor; Sue Geier, a wonderful longtime friend, who had many adventures (some crazy, but always fun and interesting) with Mr. Cheesman; and Pattie Young, a fantastic nurse practitioner, who always had the right advice and insight. Thank you all for your support and friendship through the years. He was preceded in death by his parents and sister, Marcia Wysong. A memorial service for David Kevin Cheesman will be announced by the family at a later date. Arrangements are being handled by Doan & Mills Funeral Home, 790 National Road West, Richmond. Condolences may be sent to the family via the guest book at www.doanmillsfuneralhome.com.

The family of David Kevin Cheesman created this Life Tributes page to make it easy to share your memories.