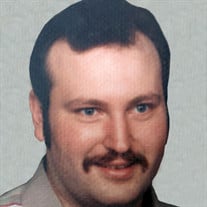 ANDERSON, Ind. – Clayton E. “Clay” Haisley, age 60, of Anderson, Indiana, went to be with the Lord Wednesday, January 13, 2021, after a long illness. Clay was born January 26, 1960, in Winchester, Indiana, and lived in Wayne County, Indiana, most of his life. He was a 1978 graduate of Northeastern Wayne High School, where he lettered in track and wrestling. In January of 1983, Clay began pursuing his passion to help others by joining the Williamsburg Volunteer Fire Department. In 1992, while with the fire department, he received his certification as a Master Firefighter and began serving as an assistant fire chief. After moving to Fountain City, Indiana, Clay spent 11 years on the Fountain City Fire Department, serving in various capacities before retiring with about 27 years of total service to his communities. Aside from his primary passion for firefighting, he spent the bulk of his career working as an assistant shipping and receiving manager at Color-Box in Richmond before relocating to Anderson. His most recent employment was working as a security officer for GardaWorld. When Clay wasn’t making a difference in his community as a fireman, he took time to coach a number of youth sports teams in basketball and baseball, in addition to playing softball on the Color-Box team for several years. Off the field, Clay enjoyed spending time outdoors with his family, including teaching his sons a love for nature and the outdoors. He was a passionate fisherman, hunter, and shooter of big bore revolvers. Clay also enjoyed playing his guitar and would frequently walk around the house playing “Long Haired Country Boy” and “Hotel California”. Survivors include his wife of five years, Phyllis Blanton of Anderson; parents, Eugene and Doris Beckley of Lynn, Indiana; brother, David (Wendy) Beckley of Lynn; sisters, Carla (Danny) Stamper of Greens Fork, Indiana, and Cindy (Chuck) Elmore of Hagerstown, Indiana; sons, Clayton D. Haisley of Richmond and Caleb Haisley of Middletown, Indiana; grandsons, Daniel and Gabriel; and beloved family pets, Toby, Eli, and Paco. Due to the current COVID-19 situation, we regret to inform you that services for Clayton E. “Clay” Haisley will be private with Pastor Ted Chalk officiating. The funeral service will be livestreamed at 1:00 p.m. Monday, January 18, 2021, on the Doan & Mills website. Burial will be in Greens Fork South Cemetery. Arrangements are being handled by Doan & Mills Funeral Home, 790 National Road West, Richmond. In lieu of flowers, memorial contributions may be made to the following organizations which Clay so passionately spent his life advocating for: St. Vincent Foundation for Peyton Manning Children’s Hospital NICU or Ascension St. Vincent House, 8402 Harcourt Road, Suite 210, Indianapolis, IN 46260; Williamsburg Volunteer Fire Department, 8323 N. Centerville Road, Williamsburg, IN 47393; or Fountain City Fire Department, 312 W. Main Street, Fountain City, IN 47341. Condolences may be sent to the family via the guest book at www.doanmillsfuneralhome.com.

The family of Clayton E. "Clay" Haisley created this Life Tributes page to make it easy to share your memories.