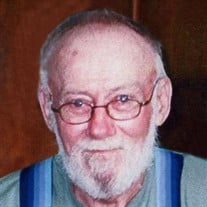 RICHMOND, Ind. – William F. Stevenson Jr., age 80, of Richmond, Indiana, died Friday, June 11, 2021, at Ambassador Healthcare. Born August 6, 1940, in Weymouth, Massachusetts, to William and Kathryn Loberg Stevenson Sr., Bill moved to Wayne County, Indiana, in 1986. He proudly served in the U.S. Army. Bill worked for Imperial Fence Company. He spent most of his adult life working in the Alcoholics Anonymous program, first getting the help he needed and later mentoring and helping others fight the deadly disease of alcoholism. Through his experience, wisdom, and love, Bill inspired, helped, and touched the lives of many others who had the good fortune of knowing him. He loved animals, especially the many dogs he had throughout his life. Bill was also very passionate about helping retired greyhound race dogs find homes after their careers in racing were over. He enjoyed watching sports, TV shows, and movies in his spare time. Survivors include his wife of 43 years, Dell M. Freeman Stevenson; sons, Bob (Shelly) McGrath of Parker City, Indiana, and Jon (Amy) Carter of Cambridge City, Indiana; eight grandchildren; two great-grandchildren; nieces; nephews; and many friends. He was preceded in death by his parents. The family would like to thank the staff of Ambassador Healthcare in Centerville for taking such wonderful care of Bill in his final weeks. Their professionalism and compassion far exceeded what was hoped for with Bill’s care. There will be no public services for William F. Stevenson Jr. Arrangements are being handled by Doan & Mills Funeral Home, 790 National Road West, Richmond. Condolences may be sent to the family via the guest book at www.doanmillsfuneralhome.com.

The family of William F. Stevenson Jr. created this Life Tributes page to make it easy to share your memories.