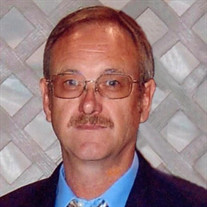 RICHMOND, Ind. – Timothy A. “Tim” Swallow, age 62, of Richmond, Indiana, died Monday, January 10, 2022, at Reid Health. Born August 15, 1959, in Richmond, Indiana, to Charles R. and Kay F. Karn Swallow, Tim was a life-long resident of Wayne County, Indiana, except when he was traveling with the military. Tim graduated from Centerville High School in 1978. He proudly served in the U.S. Air Force during Desert Storm from 1985-1994. Tim worked as a truck driver for 10 years, most recently for First Fleet in Ohio. When not working, he loved watching TV, especially morning cartoons with his daughter, Sarah, and woodworking. Tim was a loving husband and father, who was committed to working hard to provide for his family, including repairing their cars and fixing his dad’s computer. He also gave selflessly of his time to help his family and friends whenever they needed him. Tim was a lifetime member of VFW Kirk-Little Post 1108, where he and his twin brother, Tom, enjoyed singing karaoke together. Survivors include his wife of 32 years, Jonnie L. Gulledge Swallow; daughters, Sarah Nicole Swallow of Richmond and Anney Nicole (Danny) Werkmeister of Shepherdsville, Kentucky; grandchildren, Turner, Mia, and Keyda Werkmeister; parents, Charles and Kay Swallow of Richmond; siblings, Vickie Towns of Richmond, Denise (Tim) Rudy of Loveland, Ohio, Tom (Rhonda) Swallow of Richmond, and Jennifer (Chris) Bozue of Fairborn, Ohio; aunts; uncles; several nieces; nephews; cousins; and many friends, including a few close friends and his beloved pup, Riley Grace, who he’d bottle fed from birth. He was preceded in death by his grandparents. Visitation for Timothy A. “Tim” Swallow will be from 11:00 a.m. to 1:00 p.m. Monday, January 17, 2022, at Doan & Mills Funeral Home, 790 National Road West, Richmond. Funeral service will follow at 1:00 p.m. Monday, January 17, 2022, at Doan & Mills Funeral Home with Jerry Price, a family friend, officiating. Burial will be in Glen Haven Memorial Gardens with military honors provided by the Wayne County Honor Guard. Memorial contributions may be made to: VFW Kirk-Little Post #1108, 213 South 8th Street, Richmond, IN 47374. Condolences may be sent to the family via the guest book at www.doanmillsfuneralhome.com.

The family of Timothy A. "Tim" Swallow created this Life Tributes page to make it easy to share your memories.