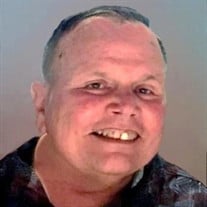 CENTERVILLE, Ind. – “I have fought a good fight, I have finished my course, I have kept the faith.” II Timothy 4:7 Thomas James “Tom” Wambo, age 72, of Centerville, Indiana, went to be with his Heavenly Father on Friday, January 1, 2021, at Reid Health after a sudden cardiac arrest. Born January 30, 1948, in Richmond, Indiana, to Charles Emerson “John” Wambo and his wife, June P. Hitchcock Wambo, Tom was a life-long resident of this community. He graduated from Richmond High School in 1966. Tom volunteered for the military draft in August of 1966 and completed his basic training at Fort Knox, Kentucky. He was stationed at the Aberdeen Proving Grounds in Maryland, where he trained at the Army welding school at the U.S. Army Ordinance Center. After finding out news from the Army that he was to be sent to Vietnam for duty, Tom married his high school sweetheart, Kathy White, on August 27, 1967. A month later, he was sent to Vietnam as part of the 2nd battalion of the 32nd Heavy Artillery Division (Proud Americans), which provided field artillery support to infantry troops around Tay Ninh province. Tom proudly served his tour of duty, which included defending against the Tet Offensive in January of 1968. He returned home in September of 1968. Tom remained a proud veteran and never lost the memory of those friends who didn't return with him. He spoke of them often and weekly visited the Wayne Count Veterans Memorial Park in Richmond to reflect on the events of this part of his life. After returning from Vietnam, Tom started work as a tool and die maker at Nixon Tool Company, Inc. At this time, he also was instructing night welding classes at Richmond High School. Tom changed workplaces and worked at Ahaus Tool & Engineering, Inc. for the next 40 years. After retirement in January of 2010, he continued working as a building construction supervisor for Habitat for Humanity of Richmond, where he used his building skills to help construct homes. While working for Habitat for Humanity, Tom also worked at the Richmond Eye Center as a transportation driver. Tom accepted Jesus as his Lord and Savior in 1970 and continued to be a faithful follower, witness, and servant of God for the remainder of his earthly life. He volunteered for the Billy Graham Evangelistic Association. Tom also served as a telephone counselor at the Richmond TBN station. For several years, he was involved in Bible Study Fellowship, where he also helped with childcare. Tom went on mission trips to assist rebuilding efforts for those affected by natural disasters in the South. He was a faithful member of LifeSpring Church North, where he served as an usher, a prayer warrior, and a small group leader. Two of his greatest joys and blessings in life were his two sons, Chris and Joe Wambo. Tom was a devoted husband, father, and teacher. He was a generous and humble man of God and a wonderful example of a life well lived for Christ. As his son, I couldn't have possibly asked for a better father. We will miss you, Dad. Tom is and will be greatly missed by his family and all who knew him. Tom was preceded in death by his parents. Survivors include his wife of 53 years, Kathleen Ann “Kathy” White Wambo; sons, Christopher Wambo of Centerville and Joseph Wambo of Fountain City, Indiana; sister, Barbara (Joe) Cornelia of West Chester, Ohio; brother, John (Linda) Wambo of Eaton, Ohio; nieces; nephews; cousins; and many friends. Due to the current COVID-19 situation, we regret to inform you that services for Thomas James “Tom” Wambo will be private with Pastor David Anderson and Pastor Keith Vincent officiating. A drive through visitation will be from 3:00 to 6:00 p.m. Tuesday, January 5, 2021, at LifeSpring Church North, 5600 North U.S. 27, Richmond. The funeral service will be livestreamed at 11:00 a.m. Wednesday, January 6, 2021, on the Doan & Mills website. Burial will be in Crown Hill Cemetery with military honors provided by the Wayne County Honor Guard. Arrangements are being handled by Doan & Mills Funeral Home, 790 National Road West, Richmond. Memorial contributions may be made to: Gideons International for the Memorial Bible Fund, P.O. Box 1092, Richmond, IN 47375; Compassion International, P.O. Box 65000, Colorado Springs, CO 80962; or Wounded Warrior Project, P.O. Box 758517, Topeka, KS 66675. Condolences may be sent to the family via the guest book at www.doanmillsfuneralhome.com.

The family of Thomas James "Tom" Wambo created this Life Tributes page to make it easy to share your memories.

CENTERVILLE, Ind. – “I have fought a good fight, I have finished...