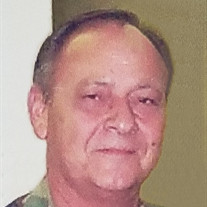 RICHMOND, Ind. - Robert James Younts, age 74, of Richmond, Indiana, died Sunday, November 22, 2020, at Reid Health. Born January 17, 1946, in Richmond, Indiana, to Robert Nelson and Vivian Freeman Younts, Robert lived in this community for most of his life, also residing in Michigan for many years. He proudly served in the United States Air Force during the Vietnam War and Desert Storm. Robert retired as Senior Master Sergeant from the Selfridge ANGB in Michigan, after working for more than 30 years. He enjoyed fishing, fast cars, and a continuous quest for knowledge. Robert had a heart of gold and selflessly helped others every chance he could. Survivors include his children, Eric (Amy) Younts and Mary (Matt) Geremesz; four grandchildren; siblings, Phil (Nancy) Younts, Sharon (Mike) Burtch, and Ron Younts; and many nieces, nephews, and friends. He was preceded in death by his parents and sister, Carol Nuss. Due to the current COVID-19 situation, we regret to inform you that the graveside service for Robert James Younts will be private among immediate family. Burial will be in Sims Cemetery in Brookville, Indiana, with military honors provided by the Franklin County Honor Guard. Arrangements are being handled by Doan and Mills Funeral Home, 790 National Road West, Richmond. Condolences may be sent to the family via the guest book at www.doanmillsfuneralhome.com.

The family of Robert James Younts created this Life Tributes page to make it easy to share your memories.