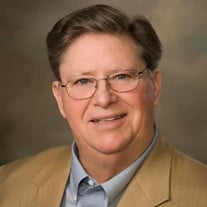 RICHMOND, Ind. – Robert B. “Bob” Goodwin died Tuesday, January 5, 2021, at Ambassador Healthcare. Bob was born to Robert and Ione Lamm Goodwin on August 29, 1941, in Richmond. He graduated from Richmond High School in 1959 and enlisted in the U.S. Army in 1963, being honorably discharged in 1967. Upon his discharge, Bob enrolled at Ball State University, attending on the GI Bill. He received his B.S. degree in Urban Planning and was hired as Richmond City Planning Director in 1975. Bob served in this capacity for a total of 24 years, under both Republican and Democratic administrations, during which time he was involved in many civic organizations. In 2008, he was elected to the Richmond City Council and served four years. Following his civic service, Bob obtained his realtor and broker’s license, working for both Lingle Real Estate and Rhett Baumgartner. He ran an enthusiastic, but unsuccessful campaign for mayor in 2011. Bob was passionate about his hometown and proud of his service to both his country and his community. He loved politics and was always ready to discuss it, reminding everyone that he was a dyed-in-the-wool Republican. Bob was a member of First Presbyterian Church in Richmond. Bob is survived by his sister, Jane Rainey of Edward, Missouri; brother, Dudley Gene (Elaine) Goodwin of Richmond; nieces and nephews; and special goddaughter, Laurie Hammontree. Although he had no children of his own, Bob loved kids and played the role of devoted “Uncle” to the children of many friends. In addition to his parents, Bob was preceded in death by his brother-in-law, James Rainey; nephew, Joseph Rainey; and niece, Valerie Upchurch. The family would like to thank all of the faithful caregivers at both The Leland Legacy Senior Community and Ambassador Healthcare for their patience and love in caring for Bob. Bob’s desire was to donate his body to Indiana University’s Anatomical Education Program. Since this is not possible due to COVID-19 regulations, cremation will take place with a celebration of Bob’s life to be held later this year when restrictions are lifted. Arrangements are being handled by Doan & Mills Funeral Home, 790 National Road West, Richmond. Memorial contributions may be made to: American Diabetes Association, P.O. Box 15829, Arlington, VA 22215. Condolences may be sent to the family via the guest book at www.doanmillsfuneralhome.com.

The family of Robert B. "Bob" Goodwin created this Life Tributes page to make it easy to share your memories.