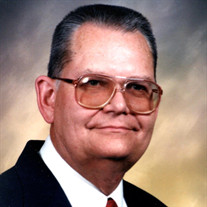 RICHMOND, Ind. – Phillip Allen “Phil” Monger was born in Richmond, Indiana, on June 21, 1939. He died peacefully surrounded by his family at Reid Health on February 13, 2022. Phil was the only child of Walter and Vivian Myers Monger. He graduated from Richmond High School in 1957 and attended Indiana University (IU), where he earned a Bachelor of Science degree in Business and an Elementary Education license. Phil met his future wife, LeEtta Ann LeMaster, in the baritone horn section of a university band. They were married in 1960. As an undergraduate, Phil was an ROTC cadet. Following graduation in 1962, he was commissioned as a Second Lieutenant in the U.S. Army and stationed at Fort Lee, Virginia. After leaving active duty, Phil served in the Army Reserve with the 451st Field Depot and the 123rd U.S. Army Reserve Command until his retirement as a Lieutenant Colonel in 1999. Phil taught elementary school in Greens Fork and Indianapolis, Indiana, after leaving full-time military service. He earned a master’s degree in education from IU and an Education Specialist degree from Ball State University. When his father retired in 1970, Phil returned to Wayne County, Indiana, to take over the family business, Monger Transfer & Storage Company, which he managed until his own retirement in 2004. In retirement, Phil and Ann traveled extensively, taking several cruises and participating in Elderhostel educational opportunities. They were season ticket holders to the Indianapolis Symphony for 50 years. Most recently, they were members of First Baptist Church; they were members of First Presbyterian Church for many years previously. Both were active leaders in the Richmond Emmaus Community and Bible Study Fellowship. Phil joined the Richmond Kiwanis Club in 1971 and was recently recognized for 50 years of service. He served on the board of directors of Indiana Household Movers and Warehousemen, Inc. for many years. Phil was also active in the Reserve Officer’s Association, Yokefellow, and the Richmond Chowder and Marching Society bridge club. He was a regular blood donor and former board member of the Wayne-Union Red Cross chapter, a Respite volunteer, and volunteer for Achieva Resources. Phil and Ann modeled their moral, religious, and educational values to their six children. They were very proud that their children completed college without student loans, and they often said their children’s degrees were part of their inheritance. Phil is survived by his children, Leah Monger of Big Rapids, Michigan, Lynna (Edmund) Harfmann of Lafayette, Indiana, Eric (Lewi) Monger and Lucia Monger, both of Richmond, Lorna Timmerman of Indianapolis, and Lilah Monger of San Martin, California; 18 grandchildren; and three great-grandchildren. He was preceded in death by his parents and wife of 61 years, Ann Monger. A memorial service will be held at 12:00 p.m. Saturday, March 5, 2022, at First Baptist Church, 1601 South A Street, Richmond with Pastor Emeritus Jim Spon officiating. The immediate family will greet friends and extended family from 11:00 a.m. to 12:00 p.m. A military honors ceremony provided by the Wayne County Honor Guard will follow the service. Per Phil’s wishes, cremation has taken place, and his cremains will be interred next to his wife at Grandview Cemetery in Salamonia, Indiana. Phil donated time and money to many local organizations in Wayne County. In lieu of flowers, the family requests that memorial contributions be directed to: Hope House, P.O. Box 1828, Richmond, IN 47375 (https://richmondhopehouse.wordpress.com/) or a local charitable organization of the donor’s choice. Condolences may be sent to the family via the guest book at www.doanmillsfuneralhome.com.

The family of Phillip Allen "Phil" Monger created this Life Tributes page to make it easy to share your memories.