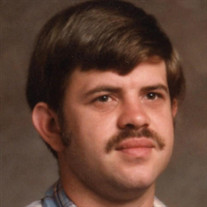 CAMBRIDGE CITY, Ind. – Michael Dean Smith, age 66, of Cambridge City, Indiana, died Saturday, October 9, 2021, at Reid Health surrounded by his family. Born June 12, 1955, in Mishawaka, Indiana, to Jay C. and Mary Johnson Smith, Michael grew up in the Upper Peninsula of Michigan, but had lived all over the U.S. and traveled across the world, including Panama and Germany, while his father was in the military. He graduated from Mishawaka High School. Michael served in the U.S. Army. After serving, he continued working throughout the U.S., including continuing the tradition of working as a welder in the shipyards of Mississippi. Eventually, Michael returned to the Midwest and made it his home. He wasn’t identified by his career accomplishments, but by his love and devotion to his family. Michael loved watching old martial arts films, Westerns, and war movies. He also enjoyed cooking and fishing. Michael was a caring and big-hearted man whose heart eventually gave out from the love he shared with all. Survivors include his wife, Viola Hubbell; sons, Jay (Dinene) Smith of Ottawa, Ohio, and Michael (Jackie) Smith of Reynoldsburg, Ohio; stepdaughter, Andrea Hubbell of Oregon; grandson, Dominick Smith of Defiance, Ohio; great-granddaughter, Jaelynn Nelson of Ottawa; sisters, Viva Hathaway of Virginia Beach, Virginia, Mary Katherine McMahan of Crossett, Arkansas, JoAnne Arnold of Jacksonville, Florida, and Patricia Lynn Smith of Greenville, Mississippi; niece, Christina Marie (Ty) Abbott; and nephew, Joshua (Jackie) Hathaway. He was preceded in death by his parents and brother, John. A Celebration of Life for Michael Dean Smith will be announced by the family at a later date. Arrangements are being handled by Doan & Mills Funeral Home, 790 National Road West, Richmond. Memorial contributions may be made to: American Heart Association/Stroke Association Midwest Affiliate, Memorials & Tributes Lockbox, 3816 Paysphere Circle, Chicago, IL 60674. Condolences may be sent to the family via the guest book at www.doanmillsfuneralhome.com.

The family of Michael Dean Smith created this Life Tributes page to make it easy to share your memories.