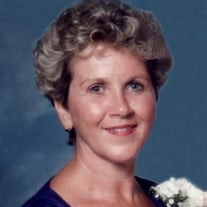 RICHMOND, Ind. – Linda Joan Arvin, age 80, of Richmond, Indiana, died Thursday, February 4, 2021, at Reid Health. Born January 18, 1941, in Wheelwright, Kentucky, to Sam and Gola Thornsberry Terry, Linda lived in Wayne County, Indiana, most of her life. She was a 1960 graduate of Hindman High School in Knott County, Kentucky. Linda was the owner of The Body Shop and had formerly owned two other women’s fitness salons. She previously worked at Belden, retiring after 23 years. Linda enjoyed exercising, spending the past 15 winters in Florida, traveling back home to the mountains where she was raised, and shopping with her sister, Jean. She also enjoyed decorating her house and was meticulous in keeping it clean. When anyone came to visit, they always admired her home. Linda loved spending time with her children and grandchildren, including taking care of her best friend and daughter, Kimberly. Survivors include her children, Rick (Jody) Asher of Lexington, Kentucky, Michael Asher and Kimberly Asher, both of Richmond, Donnis (Brian) Stinson of Lewisburg, Ohio, Debbie (Paul) Arvin-Zinck of Franklin, Ohio, Patty (Steve) Bernhard of West Carrollton, Ohio, Anne (Dave) Blankenship of Lebanon, Ohio, and Jamie Hilbert of Orlando, Florida; 18 grandchildren; 10 great-grandchildren; sister, Jean (Paul) Honeycutt of Lexington, Kentucky; several nieces, nephews, and cousins; and many friends. She was preceded in death by her husband of 48 years, James R. Arvin, who died December 15, 2020; granddaughter, Rachel Ann Stowe; parents; three sisters; and five brothers. Due to the current COVID-19 situation, we regret to inform you that services for Linda Joan Arvin will be private with her nephew, Pastor Daniel McKee officiating. The funeral service will be livestreamed at 11:00 a.m. Monday, February 8, 2021, on the Doan & Mills website. Burial will be in Crown Hill Cemetery. Arrangements are being handled by Doan & Mills Funeral Home, 790 National Road West, Richmond. The family would like to thank their family and friends for all their love and support during these last difficult months. Memorial contributions may be made to: Benchmark Human Services, 800 Mendelson Drive, Richmond, IN 47374, an organization that was special to Linda because of her daughter, Kimberly. Condolences may be sent to the family via the guest book at www.doanmillsfuneralhome.com.

The family of Linda Joan Arvin created this Life Tributes page to make it easy to share your memories.