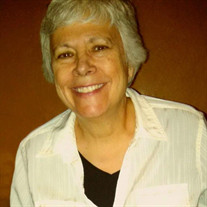 RICHMOND, Ind. – Kris Lopresti, whose kind heart only cancer could still, passed away at home Wednesday morning, October 7, 2020, surrounded by the family she loved so deeply. Born, Kristine Ann Mitchell, 64 years ago in Gary, Indiana, she spent most of her childhood in Fort Wayne, Indiana, graduating from Heritage High School. Kris earned an associate’s degree at Ball State University and while there, went on a blind date with a senior named, Mike Lopresti. They would marry two years later and stay together for 44 years. Marriage brought Kris to Richmond, where she earned another degree at IU East and then found her life’s calling – attending to the needs of children. Kris worked at Kiddie Kollege and later co-founded Noah’s Ark Daycare and the Diplomas’ program at Richmond High School. She spent several years as the Communities In Schools officer at RHS and was also a class and student council advisor. Kris later was the office manager for the Excel Center and through the years, volunteered anywhere and anytime there was a need. But always, her first priority was her own children. With a husband who often traveled, Kris was called upon to carry a heavy parental burden. The courage of her cancer fight was clear in the final weeks of her life. Kris completed a 100-mile walk challenge, putting in her laps while refusing to be stopped by chemotherapy, only a month before entering hospice care. Survivors include her husband, Mike; daughters, Abby Brown and Karen Rice, both of Indianapolis, Indiana; son, John Lopresti of Williamsburg, Virginia; grandson, Michael Brown; brother, Kent Mitchell of Bartlesville, Oklahoma; and various uncles, aunts, and cousins. She was preceded in death by her parents, William and Thelma Mitchell. One of her happiest moments while working at RHS was the idea of hosting a prom at the Starr Gennett Building in the Whitewater Valley Gorge Park, its success opening the way for the facility to be used for many events to this day. This is where calling for Kris Lopresti will be held from 4:00 to 6:00 p.m. Tuesday, October 13, 2020. The memorial visitation will be in an open-air facility, and the family kindly requests that masks be worn and social distancing strictly maintained. In lieu of flowers, the family requests memorial donations be made to the Kris Lopresti Family Scholarship fund at the Wayne County Foundation, which will be used as an annual scholarship for a local student. Please make gifts payable to the Wayne County Foundation, 33 South 7th Street, Richmond, IN 47374 and indicate “in memory of Kris Lopresti” on your gift. You may also contribute online at www.waynecountyfoundation.org. Condolences may be sent to the family via the guest book at www.doanmillsfuneralhome.com.

The family of Kris Lopresti created this Life Tributes page to make it easy to share your memories.