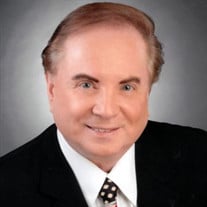 HOUSTON, Tex. - Jonathan Charles Stewart, age 76, of Houston, Texas, passed away suddenly on Saturday, June 19, 2021. Jonathan was born on October 17, 1944, in Columbus, Ohio, to Wendell F. and Mildred I. Stewart. Although Jonathan lived in many places, he thought of Houston, Texas, and Richmond, Indiana as his homes. Jonathan graduated from Indiana University “IU” in 1962 with a bachelor’s degree in physics, and he then went on to receive his Master of Business Administration in 1975, also from IU. In the late 70s, Jonathan began his career in the finance industry as an investment banker with Morgan Stanley in San Francisco, California, until he ventured out to start his own financial firm. That was the beginning of his very diverse and successful career. In the 1980s, Jonathan moved to Galveston, Texas, and started building cell phone towers in Galveston County. He also owned oil rigs in Michigan and built the first MRI Health facility in San Jose, Costa Rica. There, Jonathan owned three hotels, including one in the rainforest in Costa Rica that he later sold to the University of Oklahoma to use for their research. Over the past 15 years, Jonathan and his loving wife, Tina Raham Stewart, owned their own investment company. Jonathan was an unpretentious and unique individual, who was very comfortable in his own skin. Almost always dressed in black, he set some of his own fashion trends such as sporting a black leather satchel (which he humorously dubbed as his “man bag”) and carrying a black silk bib to dinner, in case he ordered lobster. Jonathan was gifted with a brilliant mind and was a voracious reader. He was so well-read that he could converse with almost anyone on most every topic. Also, Jonathan generously shared this wisdom with his family and friends and was always available to them, especially when they were in need of help. He was kind and patient, but also had a keen wit and dry, quirky sense of humor and was funny even when he wasn’t trying to be. His close friends and family adored and admired him. Jonathan met his true love, Tina Raham, in April 2001, and after being together for six happy years, they married on April 21,2007. Jonathan was preceded in death by his parents. He is survived by his devoted wife of 14 years, Tina Raham Stewart; sister, Linda (Steve) Amy; niece, Laura Justice; and numerous cousins, whom he and Tina visited several times a year in Green County, Ohio. The family would like to acknowledge Cecil and Katrina Arnim, Kate and Bill Bush, Evelyn Leightman, Carol Coale, and Margaret Ceconi for their tremendous help during this difficult time and recognize Jamie Terhaar, who has been and continues to be an essential part of their lives in offering her unselfish care and kindness for many years. A celebration of his life was conducted at 2:00 p.m. Wednesday, June 30, 2021, in the Jasek Chapel of Geo. H. Lewis & Sons. Visitation for Jonathan Charles Stewart will be from 12:00 p.m. to 1:00 p.m. Saturday, July 10, 2021, at Doan & Mills Funeral Home, 790 National Road West, Richmond. Funeral service will follow at 1:00 p.m. Saturday, July 10, 2021, at Doan & Mills Funeral Home. Burial will be in Earlham Cemetery. Jonathan loved children and animals and had a love for guns, and the family asks that, in lieu of customary remembrances, memorial contributions may be directed to: Ronald McDonald House, 1907 Holcombe Blvd., Houston, TX 77030; Houston SPCA, 7007 Old Katy Rd., Houston, TX 77024; Houston Humane Society, 14700 Almeda Rd., Houston, TX 77053; or National Rifle Association, 11250 Waples Mill Rd., Fairfax, VA 22030. “Nothing in life is to be feared, it is only to be understood.” - Marie Curie. Jonathan would not have it any other way. Condolences may be sent to the family via the guest book at www.doanmillsfuneralhome.com.

The family of Jonathan Charles Stewart created this Life Tributes page to make it easy to share your memories.