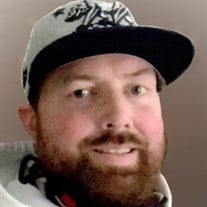 RICHMOND, Ind. – Jeffrey Steven McQueen, age 44, of Richmond, Indiana, died unexpectedly Sunday, June 13, 2021, due to a fall at his home. Born February 22, 1977, in Dayton, Ohio, to Charles W. and Barbara Koons McQueen, Jeffrey lived in Wayne County, Indiana, most of his life. He was a graduate of Centerville High School. Jeffrey worked in the roofing industry and was known for being a hard worker. Survivors include his daughters, Miranda and Madison McQueen, and their mother, Nicki McQueen, all of Richmond; mother, Barbara McQueen (Lawrence Schuler) of Centerville, Indiana; and many friends. He was preceded in death by his father. Visitation for Jeffrey Steven McQueen will be from 11:00 a.m. to 1:00 p.m. Wednesday, June 16, 2021, at Doan & Mills Funeral Home, 790 National Road West, Richmond. Funeral service will follow at 1:00 p.m. Wednesday, June 16, 2021, at Doan & Mills Funeral Home with Pastor Harold Young officiating. In lieu of flowers, memorial contributions may be made to: Hope House, P.O. Box 1828, Richmond, IN 47375. Condolences may be sent to the family via the guest book at www.doanmillsfuneralhome.com.

The family of Jeffrey Steven McQueen created this Life Tributes page to make it easy to share your memories.