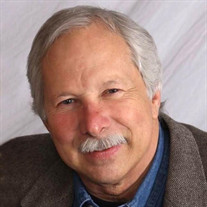 CENTERVILLE, Ind. – Jay Gordon Klehfoth, age 75, of Centerville, Indiana, died unexpectedly Wednesday, December 16, 2020, at his home. Born and raised in Richmond, Indiana, Jay graduated from Richmond High School in 1963. He attended Purdue University and graduated from Indiana University in 1967 with a B.S. in Business Administration, majoring in marketing and finance. Jay completed the MBA program at Miami University of Ohio in 1971, after serving as an officer in the United States Air Force. After his stint in the Air Force, Jay returned to Philco-Ford in Connersville, Indiana, serving in various financial management positions. In addition, he owned and operated Yankee Farm Antiques in Cambridge City, Indiana. In 1976, Jay accepted a position on corporate staff at Ford’s World Headquarters in Dearborn, Michigan. Initially, he served as a liaison with Ford of Europe. Later, Jay was assigned to work with Ford’s Diversified Products Operations (Ford’s non-automotive businesses). In 1979, he became an internal business consultant, acting as a consultant to the executive vice president level and above of the company. In 1981, Jay accepted the position of Assistant Vice President of Finance and Planning with W.R. Grace’s Natural Resources Group, located in Dallas, Texas. He was deeply involved in taking the group public. The new company, Grace Energy, was traded on the New York Stock Exchange. While in Dallas, Jay became associated with a local chapter of the Model T Ford Club of America (MTFCA), a nonprofit California corporation founded in 1965 and dedicated to the history and preservation of the Model T Ford. Model Ts had been a love of Jay’s since purchasing his first car, a 1927 Model T coupe, at the age of 13, a car still in his family today. In 1989, while working for Grace, Jay accepted the responsibility of editing “The Vintage Ford,” the official magazine of MTFCA. In 1992, he and his wife, Barbara, added the business office to their responsibilities and Jay was awarded the title of Chief Executive Officer. In addition to running the club, they were credited with gaining a 501(c)3 educational nonprofit status for the club. The MTFCA is one of the world’s largest antique car clubs with members in all 50 states and 41 foreign countries. The club has over 125 chapters around the world. In 1999, Jay and Barbara purchased the Malone House, an 1835 Federal-style row house in Centerville. After extensive restoration was begun, they moved to their “new” old home in May 2000. They also moved the publication and business offices of the MTFCA to their home in Centerville, as well as their three Model Ts – a 1927 coupe, a 1926 dirt track racer, and a 1923 English-built Model T town car. Jay and Barbara enjoyed their historic home and the area. They became active in local organizations and enjoyed collecting antiques. Jay served on the Board of Trustees (President for 2004-2005) of the Centerville-Center Township Public Library and was past President of Promote Centerville, Inc. He was a member and past director of the Centerville Lions Club. Jay was also a member and past director of the Wayne County Historical Museum. Jay and his wife, Barbara, were Life Members of Historic Centerville, Inc. and Friends of the Library. Additionally, they were members of the Cope Environmental Center, Historic Landmarks Foundation of Indiana, and other local organizations. Survivors include his wife of 35 years, Barbara Mauzy Klehfoth; children, Jennifer (Daniel) Hollandbeck of Bainbridge, Indiana, Alex (Jayme) Klehfoth of Helena, Montana, and Cheri (Lyle) Pearson of Columbus, Ohio; four grandchildren; two great-grandchildren; brother, John E. (Kristal) Klehfoth of Elkhart, Indiana; two nieces; nephew; and many friends. He was preceded in death by his parents, Gordon Walter and Mary Emery Klehfoth. A memorial service for Jay Gordon Klehfoth will be announced by the family at a later date. Arrangements are being handled by Mills Funeral Home, 405 East Main Street, Centerville. Memorial contributions may be made to: Model T Ford Club of America, P.O. Box 996, Richmond, IN 47375 or 2nd Chance Animal Rescue of Richmond, Inc., 2905 US Highway 35 N, Richmond, IN 47374-9707, in honor of Jay’s love of animals. Condolences may be sent to the family via the guest book at www.doanmillsfuneralhome.com.

The family of Jay Gordon Klehfoth created this Life Tributes page to make it easy to share your memories.