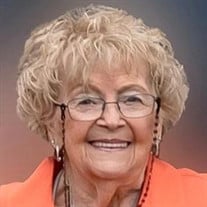 CENTERVILLE, Ind. – Janice Sue Richardson, age 89, of Centerville, Indiana, died Monday, July 26, 2021, at Friends Fellowship Community. Born July 20, 1932, in Daleville, Indiana, to Ralph and Lucile Wright Heath, Janice lived in Wayne County, Indiana, most of her life. She graduated from Daleville High School in 1950 and attended Ball State University and IU East for two years. Janice worked in the office at Excel Manufacturing Corporation in Muncie, Indiana, for 10 years before marrying Alva Richardson of Centerville, Indiana, on August 8, 1959. She later worked in the office at Centerville Senior High School for 18 years (1971-1989). Janice then went to cosmetology school and earned her nail technician license. She owned and operated Janails Galore Nail Salon in Centerville before retiring. Janice was an active member of First English Lutheran Church and was a former member of Trinity Evangelical Lutheran Church for 36 years. She was a graduate of Bible Study Fellowship and belonged to other Bible study groups. Janice was also a member of Phi Chi Epsilon Sorority and Alpha Delta Chapter and was one of the founders of The Foxy Red Hatted Chicks of Wayne County. She was involved in the community, including being active in the Muncie Civic Theater and Richmond Civic Theatre, where she received the award for Best Supporting Actress for her role in Pippin in 1987. Janice also served as a Hospice volunteer in the 80s. She enjoyed knitting, crocheting, singing, traveling, and spending time with her family, especially family vacations. Survivors include her husband of almost 62 years, Alva Richardson; daughters, Sandy (Karl) Elsrod and Susan (Tom) Rohe, both of Centerville and Leslie (Jerry) Kelley of Indianapolis, Indiana; 12 grandchildren; 20 great-grandchildren; brother, Joe (Janet) Heath of Selma, Indiana; sister-in-law, Darlene Heath of Muncie; nieces; nephews; and many friends. She was preceded in death by her daughter, Lynn Farmer, who died in 2011; grandson, David Elsrod, who died in 2004; parents; and brother, Bill Heath. Visitation for Janice Sue Richardson will be from 4:00 to 7:00 p.m. Friday, July 30, 2021, at Doan & Mills Funeral Home, 790 National Road West, Richmond. Funeral service will be held at 10:00 a.m. Saturday, July 31, 2021, at Doan & Mills Funeral Home with Pastor Chip Belanga officiating. Burial will be in Crown Hill Cemetery, Centerville. Memorial contributions may be made to: David Elsrod Memorial Scholarship, c/o Centerville-Abington Dollars for Scholars, 507 Willow Grove, Centerville, IN 47330 or First English Lutheran Church, 2727 East Main Street, Richmond, IN 47374. Condolences may be sent to the family via the guest book at www.doanmillsfuneralhome.com.

The family of Janice Sue Richardson created this Life Tributes page to make it easy to share your memories.