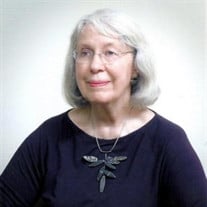 Jane Anne Stephenson, age 91, of Richmond, Indiana, died Sunday, August 15, 2021, at Friends Fellowship Community. Jane was born on November 18, 1929, to Carl and Ester Carlson Bergquist in Geneva, Illinois. She grew up in Geneva, a Swedish community nestled on the Fox River. After Jane graduated valedictorian from Geneva High School in 1947, she went on to Knox College in Galesburg, Illinois. Jane graduated Phi Beta Kappa with her B.A. in biology and mathematics education. While at Knox, she met the love of her life, William K. Stephenson. Jane and Bill were married June 17, 1951, a week after her graduation and went on to share over 65 wonderful and fulfilling years together. Bill went on to a PhD program at the University of Minnesota, while Jane worked to sustain them as a histologist in the University cancer lab and as a research assistant in the genetics of breast cancer at the Dight Institute of Human Genetics. During the summer of 1953, Bill had a research fellowship at the Marine Biological Laboratory in Woods Hole, Massachusetts, on Cape Cod. This opportunity began Jane and Bill’s long love affair with this special place, its oceans, islands, and vibrant international scientific community. They built a summer house in Woods Hole in 1966, where they spent 46 glorious summers, creating many lifelong friendships and family memories. When Bill accepted a professorship at Earlham College in 1954, Jane soon became actively involved in the Richmond community. For over 40 years, she served with the League of Women Voters, including as president and treasurer. Voting rights and voter registration were her special passions. Jane encouraged her children’s help, teaching them the importance of civic engagement. Jane had a lifelong love of the performing arts. She sang as part of the Richmond Symphony Chorus for 50 years and with the Richmond Choral Ensemble, a medieval renaissance group. Jane performed leading roles and sang in the chorus in many Whitewater Opera Company productions, also serving on their board of directors. She served on the board of the Richmond Civic Theatre and the Junior Players, receiving the Norbert Silbiger Award in 2011, a prestigious recognition of dedication to RCT. Her involvement in Richmond Civic Theatre extended for decades, including acting, directing, and technical support. Jane played roles in many musicals and plays, as well as directing six plays including “Amadeus” and “Who’s Afraid of Virginia Woolf.” One of her favorite plays of the many she acted in at Earlham College was “Delicate Balance,” and she was proud to teach the theater component of a Fine Arts Senior Seminar there. Jane enjoyed working with the music and language departments in the media resources department at Earlham. Her adventurous spirit included many travels with her husband and family. In the spring of 1963, Bill and Jane traveled and camped their way through much of Europe for five months with three young children in their VW microbus. She embraced the cultures of Japan and England while overseeing Earlham College students through their Earlham Foreign Studies experiences. Jane and Bill also enjoyed his sabbaticals in Boulder, Colorado, Albuquerque, New Mexico, and Oak Ridge, Tennessee. While in Colorado, Jane took a course in natural dying and weaving, which launched an extensive creative journey. A prolific knitter of socks, sweaters, caps, and shawls, she adorned her family through the years with warm, colorful creations and created many beautiful, natural dyed wall hangings to grace the walls of their home. Every year for more than 40 years, Jane designed and reproduced via silk screening their family Christmas card. Her interest in science, nature, family, and the world were always reflected in her creations. Anyone who knew Jane knows she was a voracious reader. She was a member of numerous book clubs, reading countless books. Jane enjoyed being a member of two topical presentation clubs, Collegiate Club and The Tourists, the oldest social club in Richmond. She was also a proud member of SWAG (Subversive Women’s Action Group). Jane always had a song in her heart. In her presence, you were blessed with her spontaneous bursts of musical joy. She was preceded in death by both parents and her loving husband, Bill Stephenson. Survivors include her two sisters, Bobbi Schoenenberger and Susan Latham; three children, Wendy Bruce (Richard), Scott Stephenson (Chris Myers), and Matthew Stephenson (Margaret Casey); five grandchildren, Corbin Bruce, Stephen Bruce, Gray Stephenson, Elm Stephenson, and Sylvie Stephenson; nieces and nephews; and many friends. The family extends their gratitude to the staff of Friends Fellowship Community for their loving care of Jane through the years. A memorial service in celebration of Jane’s life will be held at a later date, to be announced when it is safer for us to gather. Arrangements are being handled by Doan & Mills Funeral Home. Should you wish to honor Jane, consider a donation to one of her beloved organizations: Richmond Civic Theatre, 1003 East Main Street, Richmond, IN 47374; Girls Inc. of Wayne County, P.O. Box 43, Richmond, IN 47375; or Cope Environmental Center, 1730 Airport Road, 1730 Airport Road, Centerville, IN 47330, to name a few. Additionally, take delight in the beauty of the world around you, the wind in the trees, waves on the beach, and musical notes of laughter. Condolences may be sent to the family via the guest book at www.doanmillsfuneralhome.com.

The family of Jane Anne Stephenson created this Life Tributes page to make it easy to share your memories.