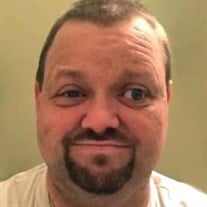 RICHMOND, Ind. – James Edward Carr, age 46, of Richmond, Indiana, died Thursday, February 17, 2022, at Community Hospital East in Indianapolis, Indiana. Born January 19, 1976, in Richmond, Indiana, to Larry and Kathie Hall Carr, James lived in Indianapolis most of his life. He graduated from the Indiana School for the Deaf in 1993, where he later served as a substitute teacher, and earned a degree from Gallaudet University in Washington, D.C. in 2011. James also taught American Sign Language (ASL). He was a former member of Oak Park Church of God in Richmond. James enjoyed playing poker and bingo and was an avid vlogger within the deaf community. He was also a devoted Washington Redskins fan. James was very interested in politics and was a huge Trump supporter. Throughout all of his health challenges, he never gave up and always had a positive outlook. James had an amazing sense of humor and a passionate, loving heart. Survivors include his mother, Kathie Carr (Rick Dunn) of Richmond; brother, Larry D. (Kristina) Carr of Richmond; nieces, Breanna Carr, Kyleigh (Tanner) Coyle, and Lauren Carr; nephew, Alec Carr; great-nieces, Arianna Carr and Kayden and Karsyn Coyle; aunts, Barbara (Lowell) Godsey and Brenda (Boyd) Osborne; uncles, Terry (Karen) Hall, Rick (Debbie) Hall, Don (Irene) Hall, Jerry Hall, and Clarence “Junior” Carr; cousins; and many friends, including his close friends in the deaf community. He was preceded in death by his father; maternal and paternal grandparents; and several aunts and uncles. Visitation for James Edward Carr will be from 1:00 to 5:00 p.m. Saturday, February 26, 2022, at Doan & Mills Funeral Home, 790 National Road West, Richmond. Funeral service will follow at 5:00 p.m. Saturday, February 26, 2022, at Doan & Mills Funeral Home. Condolences may be sent to the family via the guest book at www.doanmillsfuneralhome.com.

The family of James Edward Carr created this Life Tributes page to make it easy to share your memories.