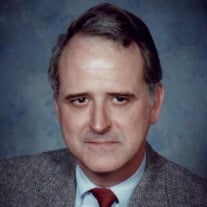 RICHMOND, Ind. – James Edward Burkhart, MD, escaped this mortal realm, January 12, 2021, after navigating 76 trips around the sun. Dr. B., as he was affectionately known to his patients and colleagues, passed, surrounded by his immediate family. Jim was the progeny of Elder M. and Deloris F. Burkhart; he made his grand entry into this world on October 13, 1944, in Washington, D.C. A graduate of Abington Senior High School, Philadelphia, Dr. B. always knew he wanted to be a physician. As the story goes, Jim told his parents in the pomposity that is adolescence, “I am going to be a doctor when I grow up.” Upon confirmation of his high school graduation in 1962, he set out on his way to do just that. As a member of Alpha Epsilon Delta International Premedical Honor Society at La Salle University, he studied biology, and like the good Lutheran he was, avoided Mass, by agreeing to take four years of philosophy in its place. Jim wed the love of his life, Marie Adele Bailey, September 6, 1969, in Philadelphia. Jim and Marie met on a blind date, New Year’s Eve, 1968; their love for one another never wavered. The words, “til death do us part,” are exemplified by their love and commitment to one another. Dr. Burkhart was awarded his medical degree from the Indiana University School of Medicine in June of 1970. Between July 1970 and June 1971, he completed an internship in surgery at The Bowman Gray School of Medicine of Wake Forest University and the North Carolina Baptist Hospital; following his internship in Winston-Salem, Dr. Burkhart began his residency at the Indiana University School of Medicine and Hospitals, where he formally began his training in Neurology. His residency was interrupted as he was called to active service in the United States Navy. In March of 1973, Jim graduated from the Naval Aerospace Medical Institute, Pensacola. Commissioned with the rank of Lieutenant Commander, he dutifully served as Senior Flight Surgeon, Marine Aircraft Group, 2d Marine Aircraft Wing, Fleet Marine Force, Atlantic. He was awarded the Meritorious Service Medal by the President of the United States for his exemplary military service from 1973 to 1975. Upon completion of his service, he returned to his medical studies at Indiana University, completing his Residency in Neurology in June of 1977. Recruited to bring Neurology to Richmond, Dr. Burkhart joined the staff of Reid Memorial Hospital in 1977; simultaneously beginning private practice the same year. A brief sojourn into retirement in 2006, saw the closing of his private practice; however, Dr. Burkhart’s commitment to the care of his patients, saw that sojourn commuted by a return to practicing medicine a mere six months later; he continued to care for patients up until six weeks prior to his death. Left to cherish his memory are his wife of 51 years, Marie; two sons: James and John; and grandchildren: Madelyn and Cash. Dr. Burkhart’s concern for his loved ones, patients, and colleagues, requested his memorial service be postponed during these challenging times. Even in death, may his selfless and caring nature be a reminder to us all. The family has asked any memorial contributions be made to Reid Foundation for the Hospice Program, 1100 Reid Parkway, Richmond, IN 47374. “May the Lord watch between you and me when we are absent one from another.” Condolences may be sent to the family via the guest book at www.doanmillsfuneralhome.com.

RICHMOND, Ind. &#8211; James Edward Burkhart, MD, escaped this mortal realm, January 12, 2021, after navigating 76 trips around the sun. Dr. B., as he was affectionately known to his patients and colleagues, passed, surrounded by his immediate... View Obituary & Service Information

The family of James Edward Burkhart MD created this Life Tributes page to make it easy to share your memories.