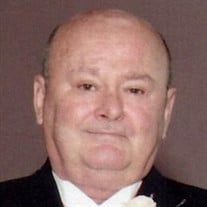 RICHMOND, Ind. – Gary D. Saylor, age 72, of Richmond, Indiana, died Sunday, July 12, 2020, at Golden Living Center-Golden Rule. Born April 19, 1948, in Richmond, Indiana, to Marvin and Sudie Morris Saylor, Gary was a life-long resident of this community. He graduated from Richmond High School in 1966, where he was a star baseball player. Gary worked at Belden and Saylor Brothers Grocery, his family’s business. He was a member of Hillcrest Baptist Church. Gary was passionate about golf and was a member of the Richmond Elks Country Club. He enjoyed coaching baseball for the Centerville Youth League, bowling, and listening to music. Survivors include his daughters, Shannon (Dan) Morgan of Richmond and Kristen (Larry) Hardesty of Michigan; son, Jason (Sandra) Saylor of Richmond; grandchildren, Dylan Hardesty, Hannah and Hunter Morgan, and Jayden and Josie Saylor; great-grandchildren, Kobe, Marley, and Milena; brother, Randy (Kim) Saylor of Arizona; aunt, Barbara Morris of Kentucky; nephews, Adam and Jacob Saylor of Arizona; cousins, including “sister” Deb Walters, Tim Walters, and Adrienne McWheeney; and many friends. He was preceded in death by his wife of 33 years, Cheryl L. Mitton Saylor, who died May 26, 2002; father; and mother, Sudie Kern. The family would like to thank the staff of Golden Living Center-Golden Rule for the loving care they gave to Gary. Visitation for Gary D. Saylor will be from 4:00 to 7:00 p.m. Thursday, July 16, 2020, at Doan & Mills Funeral Home, 790 National Road West, Richmond. Funeral service will be held at 10:00 a.m. Friday, July 17, 2020, at Hillcrest Baptist Church, 3469 Hillcrest Road, Richmond, with Pastor Martin Holman officiating. Burial will be in Earlham Cemetery. Memorial contributions may be made to: Alzheimer's Association, 50 East 91st Street, Suite 100, Indianapolis, IN 46240. Condolences may be sent to the family via the guest book at www.doanmillsfuneralhome.com.

The family of Gary D. Saylor created this Life Tributes page to make it easy to share your memories.