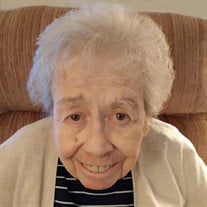 Gail Ann Crum, age 85, of Mount Airy, Maryland, died Tuesday, April 26, 2022, at her home surrounded by her family. Born April 7, 1937, in New Mexico, the only child of Col. Philip Dow and Velma Audie Gilley Cooley of Norman, Oklahoma, Gail resided in numerous cities including occupied-Japan while growing up as her father's duty station often changed. Despite multiple moves, she developed many enduring friendships that lasted throughout her life. After high school, Gail attended Oklahoma University, graduating with a bachelor's degree. She entered the workforce and was employed with the Social Security Administration, rising to serve as a District Manager. Work brought Gail from California to Maryland and soon after, she met her husband, James Edward Crum. Married in 1970, Gail welcomed her first and only child a year later. With the new responsibilities of motherhood, she elected to leave her career behind and begin the next phase of her life as a mother and homemaker. Gail had many interests, hobbies, and activities which allowed her to be involved in all aspects of family and community. She was an active member of the Saint James Episcopal Church. Gail spent many hours working at the Saint James Thrift Shop. She enjoyed gardening and was involved with the local gardening club and aided in beautification projects in and around town. Gail volunteered with Mt Airy Net, the Mount Airy Youth Athletic Association, school PTAs, band boosters, and was a member of the Red Hat Society. She also found time to serve as a part-time mail carrier and substitute teacher with the elementary and middle schools. Gail enjoyed baseball and followed the Baltimore Orioles, attending many games at Memorial Stadium and Camden Yards. She found tremendous joy in the lives and accomplishments of her grandchildren. Gail played an important supporting role in their formative years, providing immeasurable help with childcare and attending all their events and activities. Survivors include her son, James Edward (Heather Michele) Crum Jr. of Mount Airy and grandsons, Alan James and Philip Daniel Crum, both of Mount Airy. She was preceded in death by her husband of 36 years, James Edward Crum, who died on January 13, 2006 and parents. Visitation for Gail Ann Crum will be from 10:00 to 11:00 a.m. Wednesday, May 4, 2022, at Doan & Mills Funeral Home, 790 National Road West, Richmond. Funeral service will follow at 11:00 a.m. Wednesday, May 4, 2022, at Doan & Mills Funeral Home. Burial will be in Lutherania Cemetery. In lieu of flowers, memorial contributions may be made to: Saint James Episcopal Church, 1307 North Main Street, Mount Airy, MD 21771. Condolences may be sent to the family via the guest book at www.doanmillsfuneralhome.com.

The family of Gail Ann Crum created this Life Tributes page to make it easy to share your memories.