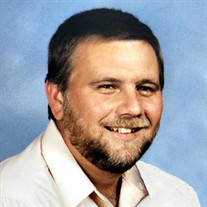 RICHMOND, Ind. – Eric K. Gibbs, age 66, of Richmond, Indiana, died Thursday, January 27, 2022, at Reid Health. Born September 26, 1955, in Richmond, Indiana, to Louis E. and Gloria Christina Backus Gibbs, Eric lived in Richmond most of his life. He was a 1973 graduate of Richmond High School, where he played football and was named as a center on the All-State football team. Eric was a veteran, who served in the U.S. Marine Corps at the end of the Vietnam War. He earned his bachelor’s degree in business administration from Indiana University in 1995. Eric worked his way up from sweeping floors to becoming a plant manager at Purina Mills over a 27-year span and retired as an operations manager for Consolidated Nutrition in Springfield, Missouri, in 2006. He enjoyed all sports, but his passion was golf, and he was very close to a “scratch golfer” as a lefty. Eric bravely battled multiple sclerosis for over a decade. He had a heart as big as the city of Richmond and anyone who had the chance to talk to him, walked away with a smile. Survivors include his sons, Benjamin (wife, Sarah) Gibbs of Richmond and Bruce Gibbs of Centerville, Indiana; granddaughter, Nora Gibbs of Richmond; niece, Ashlyn Gibbs of Florida; nephew, Barrett Gibbs of Hawaii; ex-wife and mother of his children, Gwinn Campbell of Richmond; and many, many friends. He was preceded in death by his parents and brother, Kurt L. Gibbs. Visitation for Eric K. Gibbs will be from 11:00 a.m. to 12:00 p.m. Tuesday, February 1, 2022, at Doan & Mills Funeral Home, 790 National Road West, Richmond. Funeral service will follow at 12:00 p.m. Tuesday, February 1, 2022, at Doan & Mills Funeral Home. Burial will be in Earlham Cemetery with military honors provided by the Wayne County Honor Guard. Condolences may be sent to the family via the guest book at www.doanmillsfuneralhome.com.

The family of Eric K. Gibbs created this Life Tributes page to make it easy to share your memories.