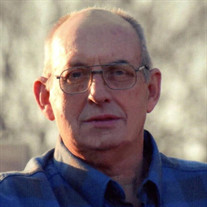 ELDORADO, Ohio – Donald Lee Strunk, age 70, of Eldorado, Ohio, died Wednesday, September 22, 2021, at Reid Health. Don was born on June 27, 1951, in Oneida, Tennessee, to William E. and Glenna L. Duncan Strunk. He served in the U.S. Army and the National Guard for three years, receiving an honorable discharge. Don retired from Aunt Millie’s Bakery, where he was a routeman for 28 ½ years. Don made many friends during that time, as he never met a stranger. Don loved sitting in his chair and watching Gunsmoke, The Rifleman, and wrestling. He also enjoyed sitting in his garage, listening to country and gospel music and tinkering around. Don was an avid car lover, who owned several cars, including his “Baby” as he called his 1957 Chevy Gasser. Don also bought and sold old cars. Additionally, he would call and talk to his son-in-law, Terry Messer, for hours every morning. Don had many friends, some who would sit for hours and just talk with him. He will be missed by all. Survivors include his wife of 50 years, Margie Williams Strunk, to whom he was married March 9, 1971, in Richmond, Indiana; daughters, Donna (Terry) Strunk Messer of Connersville, Indiana, Stephanie Strunk Harbaum of Eldorado, and Kristy Strunk of New Madison, Ohio; son, Eugene Strunk of Anderson, Indiana; grandsons, Michael Kilgore (Mariah Wade) of Fort Wayne, Indiana, William “Willie” Strunk of Greenville, Ohio, and Jaxon Strunk of Eldorado; brother, Goldman “Buddy” Strunk of Richmond; sisters-in-law, Pearl Strunk of Richmond and Bessie Duncan King of South Carolina; several nieces and nephews; and many friends. He was preceded in death by his parents; brothers, James “Jimmy” Duncan and Howard Strunk; and two nephews. Visitation for Donald Lee Strunk will be from 4:00 to 7:00 p.m. Tuesday, September 28, 2021, at Doan & Mills Funeral Home, 790 National Road West, Richmond. Funeral service will be held at 11:00 a.m. Wednesday, September 29, 2021, at Doan & Mills Funeral Home with Pastor Gregory Strunk officiating. Military burial will be in Goshen Cemetery with Taps being played by his great-niece, Harley Ramsey. Memorial contributions may be made to the Strunk family in care of Doan & Mills Funeral Home to help in their time of need. Condolences may be sent to the family via the guest book at www.doanmillsfuneralhome.com.

The family of Donald Lee Strunk created this Life Tributes page to make it easy to share your memories.