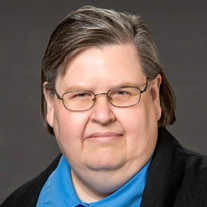 RICHMOND, Ind. – Debbie S. Pierson, age 53, of Richmond, Indiana, died Thursday, August 5, 2021, at Reid Health. Debbie was born on April 2, 1968, in Richmond, Indiana, to Larry Allen and Bonnie J. Whitton Pierson. She later moved to East Alton, Illinois, before returning to Richmond. Debbie earned a bachelor’s degree from Earlham College and received a master’s degree in public administration from Indiana State University. She was the co-owner of Sage Squirrel Consulting. Debbie was a member of LifeSpring Church North. She had served as Deputy Director of the Indiana Division of Aging from 2014-2018 and as a director of Area 9 In-Home & Community Services Agency. Debbie was also on the board of LifeStream Services, Inc. and Adult Day Care of Richmond, Inc. and was a vital part of bringing Dementia Friends Indiana to Richmond. She was an incredibly smart, driven, successful, and independent woman. Above all else, Debbie treasured spending time with her family. Survivors include her sisters, Sharon (Steve) Brown of Richmond and Sarah (John) Thomas of Frankfort, Kentucky; brother, Tim (Niki) Pierson of Richmond; aunt, Pat Luebbe; uncle, Tom (Carol) Whitton; nieces, Taylor, Debi, Jordan, Alyssa, Danica, and Anniston; nephews, Connor, Joshua, Christopher, and James; great-nieces; great-nephews; cousins; and many friends. She was preceded in death by her parents and grandparents. Visitation for Debbie S. Pierson will be from 4:00 to 7:00 p.m. Monday, August 9, 2021, at Doan & Mills Funeral Home, 790 National Road West, Richmond. Funeral service will be held at 10:00 a.m. Tuesday, August 10, 2021, at Doan & Mills Funeral Home with Pastor Dan VanDuyne officiating. Burial will be in Riverside Cemetery in Losantville, Indiana. In lieu of flowers, memorial contributions may be made to: Colorectal Cancer Alliance, 1025 Vermont Avenue NW, 10th Floor, Washington, DC 20005 US or online at www.ccalliance.org. Condolences may be sent to the family via the guest book at www.doanmillsfuneralhome.com.

The family of Debbie S. Pierson created this Life Tributes page to make it easy to share your memories.