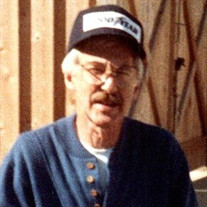 RICHMOND, Ind. – Darrell Charles Ronan, age 87, of Richmond, Indiana, died Tuesday, November 9, 2021, at Friends Fellowship Community. Born November 10, 1933, in Richmond, Indiana, to Clyde M. and Opal Livingston Ronan, Darrell was a life-long resident of this community. He graduated from Richmond High School. While still in high school, Darrell began his career at Dilli-McGuire. He was promoted to management positions before the company was sold to Huffman Manufacturing Corporation, where he became the production manager before advancing to service manager. Darrell then decided on a career change. His love of mechanics and people led him to assume proprietorship of Ronan’s Standard Oil, located at Henley Road and East Main. A change in the company’s policy, led to a change of location when Darrell took over the management of Ronan’s Sunoco at S.W. 18th and West Main Street. In 1980, he built Ronan’s Auto Center. As a born mechanic and people person, Darrell enjoyed taking care of his customers for many years. He retired in 2003. Survivors include his wife of 67 years, Wanda June Nelson Ronan, to whom he was married February 14, 1954; son, Tom (Lynn) Ronan and grandchildren, Alex and Christian Ronan, all of Orlando, Florida; and daughter, Jo Ellen (Jay) Ronan Cockroft of Pipe Creek, Texas, and grandsons, Jayson (Vanessa) Cockroft of Austin, Texas, and Jonathan (Kristy) Cockroft of North Zulch, Texas. He was preceded in death by his parents; sister; and brother. A memorial service for Darrell Charles Ronan will be announced by the family at a later date. Private burial will be in Earlham Cemetery. Arrangements are being handled by Doan & Mills Funeral Home, 790 National Road West, Richmond. Condolences may be sent to the family via the guest book at www.doanmillsfuneralhome.com.

The family of Darrell Charles Ronan created this Life Tributes page to make it easy to share your memories.