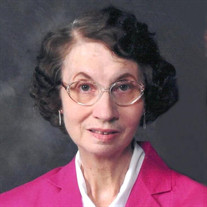 NEW MADISON, Ohio – Dana Kay Gray, age 79, of New Madison, Ohio, passed away Sunday, March 7, 2021, at Reid Health. Dana was born August 16, 1941, in Union City, Indiana, to Herman and Wavelene (Blume) Stocksdale. She graduated from David Lipscomb College in Nashville, Tennessee, in 1963. Dana then attended the University of Tennessee, where she earned a Master of Science in Social Work. Dana retired as a social worker, having spent most of her professional career working in Michigan. She was a member of the National Association of Social Workers and the Michigan School Social Worker Association. Dana was a lifelong Christian and a member of Sylvan Nook Church of Christ in Richmond. Survivors include her husband of 56 years, Tyler Gray; sisters, Larie Ann Klingel of Portland, Indiana, and Arlene (Larry) Parker of Oklahoma; numerous nieces and nephews; several great-nieces and great-nephews; cousins; and many friends. She was preceded in death by her parents and brother, David N. Stocksdale. A memorial service for Dana Kay Gray will be announced by the family at a later date. Arrangements are being handled by Doan & Mills Funeral Home, 790 National Road West, Richmond. Memorial contributions may be made to: Southeastern Children’s Home, P.O. Box 339, Duncan, SC 29334 or www.sech.org. Please include Dana’s name on the memo line of your check or online donation. Condolences may be sent to the family via the guest book at www.doanmillsfuneralhome.com.

The family of Dana Kay Gray created this Life Tributes page to make it easy to share your memories.