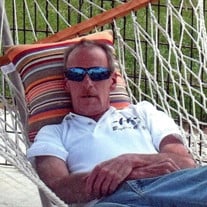 RICHMOND, Ind. - Charles "Chuck" Snipe, age 60, of Richmond, Indiana, died Monday, June 15, 2020, at Reid Health after a long illness. Chuck lived in Richmond most of his life. He attended Holy Family Elementary School and Northeastern Junior and Senior High School. Chuck was in the scouting program for several years earning an Eagle Scout badge in 1975. He worked as a union carpenter and also ran his own business. Chuck attended Holy Family growing up but became a member of Hillcrest Baptist Church over 20 years ago. He admired and respected Pastor Martin Holman, the pastor there, for the time and effort he put into trying to help people that were struggling with addictions and just everyday life. Chuck was adopted at a young age by the Snipe family but always remembered his birth family. He was born Charles Raymond Perry in the Covington, Kentucky, area. Chuck often talked about how much he would like to find that family and wondered about his life and circumstance before he came to live in Richmond. Although Chuck tried to locate them, he was never successful. Last fall, his sisters found him! It was a major highlight of his life. Chuck is survived by these sisters, Cheryl Wagoman of Elkhart, Indiana, Cherie Wagner Watters of Crescent Springs, Kentucky, and Samantha Gillespie of Falmouth, Kentucky, and mother, Linda Miller and sister, Alicia Blalock, both of Alabama. Chuck also had two sons, Chase and Dustin. Although they were not actively in his life, he loved them and wished things had been different. There will be no public services for Charles "Chuck" Snipe. Burial will be at the convenience of the family. Arrangements are being handled by Doan and Mills Funeral Home, 790 National Road West, Richmond. Condolences may be sent to the family via the guest book at www.doanmillsfuneralhome.com.

The family of Charles L. Snipe created this Life Tributes page to make it easy to share your memories.