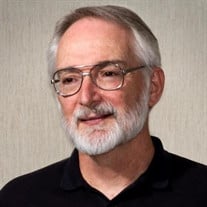 RICHMOND, Ind. – Charles Wayne Copenhaver passed from his life of adventure and discovery on this earth into his next big adventure on the evening of December 1, 2020, after a long battle with Alzheimer’s disease and then a short battle with COVID-19 at Rosebud Village in Richmond, Indiana. Born September 29, 1944, in Canton, Illinois, Wayne grew up on a farm, where he learned to love the land and began a life-long connection to the natural world. After graduation from Canton High School in 1962, Wayne earned a Bachelor of Science in Russian Language from Western Illinois University and a Master of Science in Russian Language from Indiana University, Bloomington. He taught Russian language for one year in the public school system in Richmond, Virginia, after which he served his country as a Conscientious Objector during the Vietnam War. His service was in the Medical Records Department at the Veterans Hospital in Indianapolis, where he worked as a medical transcriptionist. After discovering Quakerism, Wayne lived and studied for three years at Pendle Hill Study Center in Philadelphia, Pennsylvania. In 1987, he settled into his studies at Earlham School of Religion in Richmond, Indiana, where he earned a Master of Ministry degree. Wayne lived a life of service to others, advocating for peace and social justice issues locally and in the wider world. He helped establish Neighbors East and West in Richmond which organically grew into the people-to-people diplomacy initiative with the Soviet Union, Richmond Sister Cities. As a fluent Russian speaker, Wayne led or co-led numerous trips to Serpekov, Russia, and several surrounding cities during the1980s Cold War. He also worked tirelessly to provide introductory talks about the Russian people to regional school and community groups. Wayne was a founding member of several other social justice advocacy efforts in Richmond, including Community Builders Study Circle Program on Race Relations, the Conflict Resolution Center, and Open Arms Ministries, a community-wide coalition of local churches who work together to help the poor in Richmond. In September 1988, he met Orlita Kissane, when she joined a tour group he was leading to Serpekov, Russia. They were married August 19, 2000, in the woods at Whitewater State Park, where Wayne had spent hundreds of hours hiking trails since coming to Richmond. With that marriage, he received the gift of two stepchildren and five grandchildren. A true Renaissance man, Wayne was an excellent musician on a variety of instruments. He served as pianist and organist in many churches over his lifetime. Wayne also played recorder, flute, ocarina, and folk harp, having built his own. He was a singer, dancer, and storyteller. Wayne was a hiker/trailmaker, an artist, and a reader and writer of poetry and prose. He was a kind and gentle presence wherever he went and had a huge concern for the poor among us. And Wayne never shied away from saying what was on his mind. A master gardener, he planted flowers wherever he lived, developing the most beautiful gardens, including at First Friends Meeting. A loyal member of the Whitewater Wanderers for many years, Wayne spent hundreds of hours hiking and clearing new trails in local wooded areas: Lick Creek Summit, Earlham woods, Springwood Park, and Middlefork woods. He possessed a wonderfully rich imagination and loved to study maps and travel to places far and wide. Wayne enjoyed camping, canoeing, and kayaking. He worked at West Richmond Friends Meeting as administrative assistant and office manager for many years, then at Richmond First Friends Meeting, retiring in September 2013. While in those positions, Wayne continued to serve as a teacher and facilitator of learning and spiritual growth. He was ecumenical in the deepest sense of the word, always learning about new ways to bring people to a greater understanding of, respect for, and acceptance of each other. Wayne remained a teacher in his heart until his death. He began his final job as a church pianist at Hopedale Unitarian Universalist Community in Oxford, Ohio, in 2003. While there, Wayne also served as the church’s first choir director. He and Orlita remained as fully engaged in that church community as possible until his retirement in May 2018. Over the years, one of his greatest joys was playing for weddings and funerals, and he worked conscientiously to make each as personal and meaningful as possible. Wayne is survived by his wife of 20 years, Orlita Kissane; sister, Ardith (Ron) Geier of Williamstown, Missouri; two stepchildren, Michael (Agnes) Roberts of Puerto Rico and Jenney (Jeff) Holthouse of Syracuse, Indiana; five grandchildren, Lindsay (Ben) Crawford, Vivienne (Matya) Szabo-Roberts, Sam Stone, Orion Roberts, and Kate Bolinger; two aunts; many dear cousins, nieces, and nephews; and hundreds of close friends in many places across the globe. He was preceded in death by his mother, Bernita Casson Copenhaver and father, Kenneth Copenhaver. A Celebration of Life for Charles Wayne Copenhaver will be held at 1:30 p.m. Saturday, October 2, 2021, at First Friends Meeting, 2010 Chester Blvd., Richmond. Masks will be required, and social distancing will be observed. The service will also be available via Zoom by typing us02web.zoom/j/4379169788 in a search window, using the Zoom app (download at zoom.us/download), or dialing 1-312-626-6799 from a phone. For each of these, enter Meeting ID 437 916 9788 and passcode 7RCQ0F. Donations in Wayne’s memory can be made to: Open Arms Ministry, P.O. Box 1012, Richmond, IN 47374 or any charity that is important and meaningful to you. Condolences may be sent to the family via the guest book at www.doanmillsfuneralhome.com.

RICHMOND, Ind. &#8211; Charles Wayne Copenhaver passed from his life of adventure and discovery on this earth into his next big adventure on the evening of December 1, 2020, after a long battle with Alzheimer&#8217;s disease and then a short... View Obituary & Service Information

The family of Charles Wayne Copenhaver created this Life Tributes page to make it easy to share your memories.