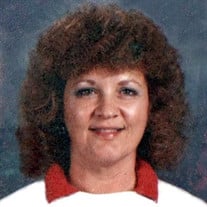 RICHMOND, Ind. – Carol E. Kennedy, age 72, of Richmond, Indiana, died Tuesday, September 21, 2021, at Reid Health after a brief illness. Carol was born on February 26, 1949, in New Paris, Ohio, to William J. and Mary Jane Shock Hopkins. She worked for Richmond Community Schools, serving as a teacher’s aide and later as an assistant to the social workers. After leaving the school system, Carol worked for Fred Powers at Ameriprise Financial Services. She was a devoted wife, mother, and grandmother. Survivors include her husband of almost 52 years, Robert Allen Kennedy, to whom she was married in December 1969; children, Brian (Jessica) Kennedy of Cove City, North Carolina, and Brandi (Steve) Defibaugh of Richmond; grandchildren, Sean Kennedy of New Bern, North Carolina, Haley Defibaugh of Centerville, Indiana, and Tyler Defibaugh of Richmond; siblings, Ron Hopkins of Indianapolis, Indiana, Cheryl Troup of Fort Wayne, Indiana, and Terry Hopkins of Williamsburg, Indiana; and many friends. She was preceded in death by her parents and brother, Danny Hopkins. Visitation for Carol E. Kennedy will be from 10:00 a.m. to 12:00 p.m. Monday, September 27, 2021, at Doan & Mills Funeral Home, 790 National Road West, Richmond. Funeral service will follow at 12:00 p.m. Monday, September 27, 2021, at Doan & Mills Funeral Home. Burial will be in Goshen Cemetery. Condolences may be sent to the family via the guest book at www.doanmillsfuneralhome.com.

The family of Carol E. Kennedy created this Life Tributes page to make it easy to share your memories.